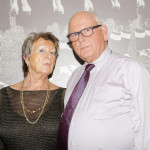 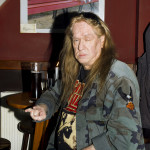 Industrial revolution. Berlin starts to fill itself with factories and dormitory barracks that host the local workforce. The proletariat works hard for up to 14 hours a day finding its relief in the neighborhood bars that begin to spread out quickly in every corner of the streets.
These are informal, smoky and sometimes even a bit rough places, but equally marked by a strong sense of community and sharing.
They survive two World Wars and the Iron Curtain: today, a century and a half after their birth, are still welcoming and aesthetically sloppy, while around them the city has become chic and posh.
Once Berlin was poor but sexy, today it is a European metropolis of wealthy investors, in the midst of an economic and real estate boom.
On the one hand, the gentrification of the former working-class neighborhoods, today full of expensive residential units and art galleries; on the other, the birth of a neoproletariat employed in digital start-ups which borrows its lifestyle from the most socially influential classes.
In such a scenario, the historic working-class bars gradually get empty; many close their doors, others are turned into trendy clubs, clubs or cafés, more suited to the emotional needs of this new subordinate class. Their extinction is slow, but it is also the most tangible symptom of an irrevocable change in the cultural fabric of the German metropolis.
To document them, it was necessary to start from their people: a social periphery of bartenders and patrons, an homogeneous milieu that still represents the most specific element of these places.
Kein Bier vor vier! is the motto down here, a sort of slogan borrowed from German popular wisdom.
If you don’t speak the language and want to understand what it means, just sit at the counter and ask a random barfly. While is sipping a pint at 11 in the morning, he will answer slyly in his native language:
“Never drink beer before 4 in the afternoon.”

This project was published by Il Reportage and Vice Deutschland. 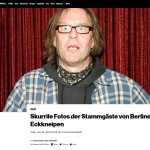 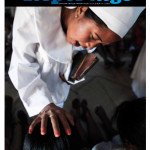 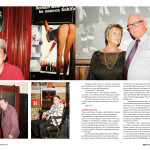