The traveller who arrives for the first time in the Republic of Kalmykia is welcomed by a lunar, wind-lashed landscape. Kilometres after kilometres of steppe and sand extend as far as the eye can see, among isolated villages and derelict service stations.
In this odd slice of European Russia, where the majority of the population is made up of a Mongolic ethnic group that practices Tibetan Buddhism, many aspects of everyday life have changed since the collapse of the USSR, although the traces of the old Soviet empire are still very much visible throughout its territory.
Kalmykia’s current desertification, for instance, can certainly be imputable to the intensive exploitation of pastures carried out by the Soviet government in the years following Stalin’s demise, a plan implemented throughout the USSR without any distinction between the different territories of the vast federal state, not considering their various environmental features.
The Republic of Kalmykia is the area that has suffered the most from this reckless policy. Already by the end of the 1990s, about 770.000 hectares of its soil were made up of infertile sands, while more than 80% featured desertic or semi-desertic attributes.
Today, despite the current government’s efforts to limit the problem, this territory remains subject to an obvious geological impoverishment and is the most barren out of the entire Russian Federation.
Between 2012 and 2018, climate change has caused an increase in average temperatures and periods of extreme drought, which have consequently brought about an alteration in the composition of the flora and have amplified issues relating to infertility and dryness of a soil that was already compromised.
Recent winters have been characterised by defrosting phenomena, while summers have been scorching, with temperatures going above 40° celsius. These occurrences have affected not only the everyday life of the local population but have also jeopardised the biodiversity of the region.
Different animal species are at risk of extinction and the likelihood of global warming undermining once and for all the already precarious man-environment balance on which life in this remote piece of European steppe is based, becomes day by day even higher.

The project was issued by InsideOver Magazine, Geographical Magazine and Il Reportage 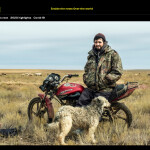 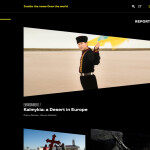 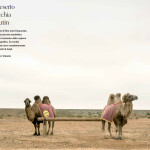 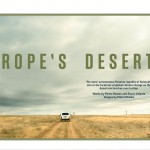 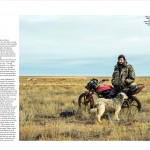